Item Features
A Nightmare from Below
A Hero from Within
The planet lies in ruin-cities crumbling, Man’s greatest works fallen
Humanity is cornered, nowhere to run
The Locust Horde has risen, and they won’t stop coming
They won’t stop killing
The Coalition is desperate for soldiers
The sick, the wounded, the imprisoned are all that remain
An inmate named Marcus Fenix, once left to die, is now charged with keeping humanity alive
He can take comfort in but one fact: The human race isn’t extinct. Yet
For Microsoft Xbox 360 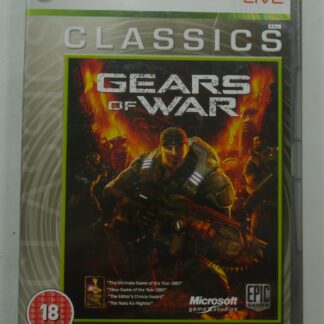