Item Features
Engage in epic strategic battles
As players control the action, they can experience a new level of exciting combat with realistic physics effects, and have the option of engaging in battle with blades, gunpowder or both
Victory depends on the player’s strategic battle plan

Develop and strengthen a unique, customized Home City
The Home City represents a player’s capital back in Europe and plays a supporting role in the attempt to control the New World
The better the player performs in the New World, the more powerful his Home City becomes
Players can customise their Home City to reflect unique personality traits, making the Home City a vital character in the game

Explore a vibrant New World
Players can take advantage of elements of the colonial time period, including the ability to ally with Native Americans
They also can explore and find new resources in the Amazon rain forest, recover buried treasure from Caribbean islands, hunt bison on the Great Plains, compete to establish trade routes, and fortify the coast of New England

Experience stunning graphics
Players will witness new lighting effects and shadows while immersed in a world that feels bright and sunny, yet which has a softness and depth that is revolutionary to PC games
Thanks to the new physics engine, players will never see the same scene twice

Discover culturally diverse civilisations
Gamers can play as the British and have a stellar economy, or play as the French and easily ally with Native Americans
They can choose to play as the Spanish and have more support from their home country in Europe
Players have the option of playing as one of eight civilisations and, whichever one is chosen, players are guaranteed a unique and fulfilling experience 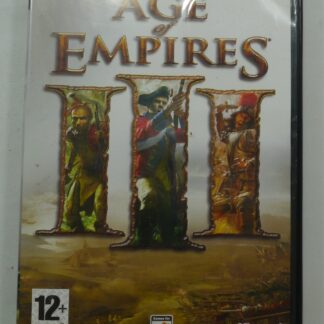