Item Features
In Independence Day, a scientist played by Jeff Goldblum once actually had a fistfight with a man (Bill Pullman) who is now president of the United States
That same president, late in the film, personally flies a jet fighter to deliver a payload of missiles against an attack by extraterrestrials
Independence Day is the kind of movie so giddy with its own outrageousness that one doesn’t even blink at such howlers in the plot
Directed by Roland Emmerich, Independence Day is a pastiche of conventions from flying-saucer movies from the 1940s and 1950s, replete with icky monsters and bizarre coincidences that create convenient shortcuts in the story
(Such as the way the girlfriend of one of the film’s heroes–played by Will Smith–just happens to run across the president’s injured wife, who are then both rescued by Smith’s character who somehow runs across them in alien-ravaged Los Angeles County.)
The movie is just sheer fun, aided by a cast that knows how to balance the retro requirements of the genre with a more contemporary feel 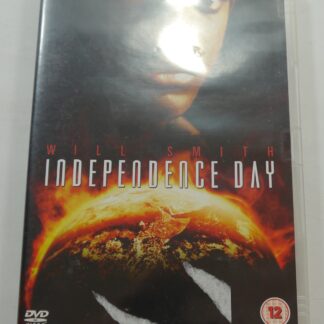